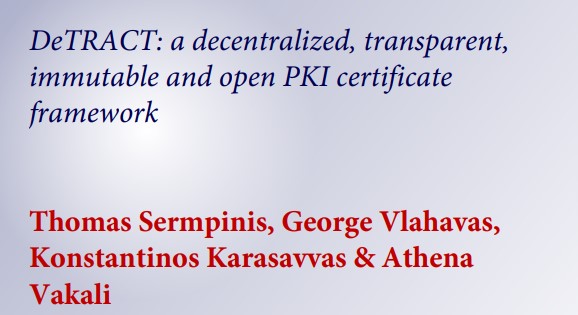 The academic paper based on my masters thesis and research made during my work with the OSwinds research team of the Aristotle Unicersity of Thessaloniki got published in Springers' Internationa Journal of Information Security by the name “DeTRACT a decentralized, transparent, immutable and open PKI certificate framework”.